Dan Soucek, Getting Nastier By the Day 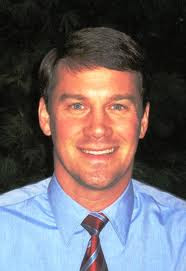 A commenter on a thread somewhere below, after my denunciation of Dan Soucek for push-polling against Sen. Steve Goss, posted this:

"Anyone who has ever met Dan Soucek knows that he doesn't participate in smear campaigns."

Tonight, I get this e-mail from a resident of Deep Gap:

"I just thought I would let you know that I was the recipient of an ugly push poll from somebody against Steve Goss (I can only figure it was either the RNC or the Soucek campaign itself). You know how these things go. How do you feel about Obama, Hagen, Purdue, etc.? When I said I had no opinion on Steve Goss, then they asked whether I would be more or less likely to vote for Steve Goss if I had heard the following things -- and then the questions turned increasingly nasty. Would I be more or less likely to vote for him if I knew he supported wasteful spending in Washington, etc. After the second of these I told the woman, 'This is a push poll. You are not asking me legitimate questions. You're reciting Republican talking points!' She said, 'No, these are just statements.' After rehashing the Goss mileage thing [and see this] (in as derogatory language as possible) the next question was would I be more likely to support Steve Goss if I heard he had supported legislation to parole early rapists and murderers, I said, 'Ok, that's enough.' And hung up. I went to Soucek's campaign web site to complain and call on him to denounce these kinds of dirty tricks campaign tactics, but he
doesn't have a place to contact him or an email, so I left it in a comment (which I am sure will be deleted). Soucek should take a stand against these kinds of behaviors. That is, if he's not funding them himself."

He can claim he's the biggest Christian ever in this neck of the woods, but these actions proclaim him otherwise, and nakedly, to the world. He's an embarrassment to this county, to his church, and especially to his party.
Posted by J.W. Williamson at 8/10/2010 09:57:00 PM
Email ThisBlogThis!Share to TwitterShare to FacebookShare to Pinterest
Labels: Dan Soucek, push polling, Steve Goss

..."Dan Soucek, Getting Nastier By the Day".

..."which makes him a lying sleaze"

..."He's an embarrassment to this county"

"Getting nastier by the day". Well said.

J.W., at some point, are you going to decide to become part of the solution, or will you continue to justify your behavior, identical to the behavior you decry, pretending it's ok simply because the other guys do it too?

Would that you could take in your own words as a casual observer sometime.

someone should send in a letter to the editor about these push polls or contact the watauga democrat. dan soucek would answer the phone for them. i'd be interested to know what he'd say.

Amazing...I received the SAME push-poll yesterday, myself. I heard him out, providing the answere It thought would screw up their statistics, "Would you be inclined to vote for Goss if you knew he had beaten up his mother, raped a nun, robbed Bank of America, and hijacking a Florida tourist's car?" Answer to all- very much would vote for Goss. Yes indeed!I pointed out that this was a push poll, but he just was paid to make calls. Disgusting!

Mike - What is wrong with calling a spade a spade, or a sleazebag a sleazebag? Particularly if the evidence supports the accusation?

Nothing is wrong with calling a spade a spade or a sleazebag a sleazebag, or a hypocrite a hypocrite. MikeD simply pointed out Williamson's hypocrisy.

I don't get why you think JW is being hypocritical.

That is because you do not understand that your view of how the world should work is not the only workable view.

Your world view may be the best in a Utopian society but the worst in the real world, or vice versa.

J.W.'s ideas, in some respects, may be more noble, more practical, more empathic, more dynamic, more honest than the ideas of someone else, but certainly not every one of his ideas.

Do you not understand that by slinging crap in personal attacks on those with whom he disagrees, J.W. forfeits any moral high ground which might elevate him above the "sleaze" he attacks?

Brushfire, sometimes it seems as though ideology trumps civility in your eyes, and I do not understand how one who is so truly civil in speech could act as an apologist for the openly uncivilized speech of others. It doesn't make sense to me. You are such a decent person, yet you justify uncivilized behavior of others, provided that they agree with your politics. This boggles my mind.

Mike D. I prefer not to attach labels to people, but we do need to judge their behavior. The whole push poll thing really is sleazy and downright unethical. I don't think JW is the least bit hypocritical for denouncing that behavior. JW calls the man sleazy for engaging in unethical deceptive campaigning. Soucek is making nasty insinuations in the guise of an unbiased survey. Don't you see a difference between the two behaviors?

Assuming that the push-polling is occurring, how would we know, for a fact, that it is being directed by the first-time candidate?

Is it possible that a first-time candidate could be offered help by the state party support mechanism, and could wind up with some assistance that is questionable?

Also, I have not heard anyone refute the claims made in the push poll. I've only heard complaints that the push poll exists.

But Brushfire, that is precisely what this site is! By participating on this site, we all agree to participate in the same!


I met Dan Soucek yesterday, and I can tell you that the picture J.W. is trying to paint of him is intended to make it so you don't have to deal with the fact that he happens to be a very nice guy whose career choice has him traveling to the opposite side of the planet to help underprivileged strangers in need. He was anything but sleazy. He was kind and self-deprecating, appreciative and a little shy.

J.W. provides us with blinders to protect his political allies. Why ask the difficult questions when we can count on J.W. to provide easy answers in the form of false descriptions?

Soucek is not a first time candidate. He ran against Rep. Cullie Tarleton in 2008. Just wondering why he is running for an even higher office after getting beaten pretty badly in his home county of Watauga. He should try for county commission or something.

Mike - Are you suggesting that Soucek is not responsible for how his campaign operates? If he can't control how his helpers operate, he has no business taking on the responsibility of political office. As for the smears propounded by the telephone callers, they were answered - see JW's post for July.
And really, I resent your statement that we are all engaged in sleaze and deception. I believe that this political game can be played without stooping to deception, dishonesty, or unethical tricks. I can name any number of lies that the Republican party with the help of its propaganda machine has perpetuated over the past decade. A list would include among many many others, WMD in Iraq - Saddam Hussein being connected to 9/11 attacks, death panels being a part of the health care reform legislation, the notion that there is substantial scientific disagreement over anthropogenic climate change, etc etc.
The thing is these are not small white lies. These are big F*ing deal lies that have killed and will kill millions of people.
I believe righteous anger is an entirely appropriate response to these lies.

Mike D:
I TOLD you the push poll existed - I was a recipient of the poll. It WAS "sleezy," an apt description. What's wrong with JW's appropriate and most truthful description? It is by no way "slinging crap." The poll itself, is "slinging crap." I heard it FIRSTHAND. Mike.

The next time you rub elbows with Dan, ask him if he knows about the poll, and are his people or supporters behind it. Let us know his response.

Yet Another, Brushfire, and BikerBard,

I did not know that Soucek ran before. I pay much greater attention to local and national elections than I do to state elections. I recognize, accept, and apologize for my error. Never heard any of you do that.

That said, in all three of your posts, I still do not hear any mention of specific charges made in the push-poll you describe. I hear no refutation of the validity of the questions asked; only a complaint that they were asked.

But if the primary purpose of this site is not to sling dirt at non-Democrat politicians, what is it? Is everything I have seen here in the last four years an illusion?

If the questions that were asked in the poll represent the incumbent's views unfairly, please speak to the inaccuracies!

And yes, I do believe that a candidate should answer for the behavior of his or her campaign, but I have not heard a single word here about the obvious corruption of high-profile Democrat politicians like Charlie Rangel, who blame their corruption on their staff, so I must surmise that your criticisms have little to do with ethics, and everything to do with politics. If one time, in four years, I had seen any inkling of an indication to the contrary, I would not challenge you to prove otherwise.

This is a political smear website. I know it favors your candidates by smearing their challengers, but WataugaWatch is what it is!

Why pretend it is otherwise?

None of your smokescreens change the truth that the career choice of Dan Soucek is to travel to the opposite side of the planet to help underprivileged people who face dire realities. What Dan does is at least as noble as the life choices of the best of us.

You are attacking what seems to be a good man, and because he is challenging your political ally, you have no interest in finding out what kind of person he truly is.

I find this appalling, and your smokescreens do not blind me. They only blind you.

So Mike, Can you be more specific about Soucek,s good works? Do they have strings attached? I don't know much about Samaritan's purse but I have heard that they have a strong agenda involving religious requirements. Please let me know if this is incorrect.

I fear you have a short memory. JW has criticized democrats many many times. At a random stroll through the archives I came up with Dec 14, 15, 16, 18, 23, and 31 in 2009.
Please read the post of July 4th for Steve Goss' answer to the smears. I read it and am satisfied. If you are not, please explain why.

That push poll I RECEIVED told me all I need to know about Soucek.

PS to Mike:
You unhappy here? There are other sites.

Come on Biker, You know that we need Mike to act as devil's advocate. Otherwise how could we show off our brilliant arguments?

You guys need me to help keep you from going too far off the deep end! :)

Mike:
You're already drowning in the deep end! :-)

MikeD, the Bard may be correct. Trying to use facts of logic on this site is analogous to drowning in a sea of emotion, hypocrisy, and idiocy.

Anon 2: I would add lunacy!

Wow, that resident of Deep Gap is really blowing up over nothing. LOL, glad Dan won.

What burnt my buns about Soucek's victory over Goss was Soucek's falsely accusing Goss of lowering NC teacher pay: Sorry Danny: That decision comes via NCDPI!