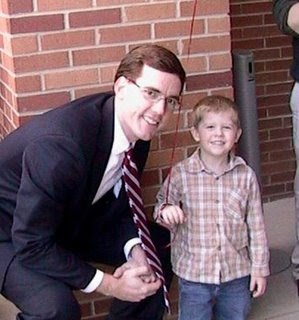 Democratic candidate Daniel Johnson (left, with Fletcher McCrady), running against little Patty McHenry in the NC-10, gets more star treatment today in the Charlotte Observer in a piece written by Jim Morrill.

Pundits and informed observers are now speaking about the Johnson/McHenry contest as "a realigning election." It's already historic in that Johnson has raised more money in a safe Republican district than any other Democrat in living memory.