For Pete's Sake, Just Stop It 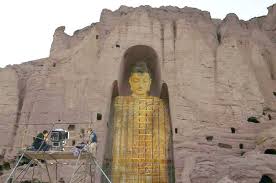 We see this morning that a high school in Philadelphia will stop using "Huckleberry Finn" because a tiny fraction of its accurate-to-the-19th-Century language makes students uncomfortable. I'm uncomfortable with contemporary school systems that allow the students to determine the curriculum based on what makes them uncomfortable.

The statue of "Silent Sam," the Confederate soldier, on the campus of UNC-Chapel Hill gets repeatedly vandalized because he's a symbol of the Old South, slavery and all. That's right. An historical artifact inspires the emotional use of spray paint, and we're supposed to wink at that.

Controversy erupts at Yale University because a residence hall is named for John C. Calhoun, a big defender of slavery (not to even mention "nullification") before the Civil War. If we start abrading the names of former vice presidents for beliefs that offend us now, may we pulverize the marble busts of Spiro Agnew and Dick Cheney, who now occupy plinths in the U.S. Capitol? Or simply deal with the curiosity of their particular moments and ironies in our American political history?

The sand-blasting of history will not change history. The United States was an avid promoter and utilizer of slavery. We should remember that fact, not attempt to efface it from the built landscape and squelch its artifacts from the schoolroom.

When we start purifying the past by erasing its presence in the present, where do we stop? No public figure in American history, whose monument or likeness or mere name (fer Gawd's sake) might offend someone with its embedded memory of wrong-doing or wrong thought, would ever be sufficiently free of civic sin.

Christopher Columbus? How does removing his name from a national day for post-office closings cleanse his and the collective Conquistedores' genocide against the Indians? Making ourselves feel satisfied that we've somehow taken revenge for the past by erasing a memory in the present is a fool's game.

The Age of Exploration was full of greedy jerks. The U.S. presidency, let alone the vice presidency, attracted ambitious jerks. The history of religion is replete with pious jerks. Some of those jerks are actually famous now for occasionally rising above their jerkhood. Thomas Jefferson was a trainwreck of contradictions, yet we honor him for the light and not the darkness. 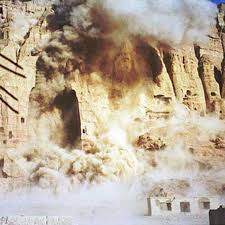 The American university is now sometimes terrorized by pious anti-historians. I'm actually proud of them for learning that there's a dark side to almost every era, every "advancement," every public figure. Hell, Margaret Sanger, who brought us women's liberation via birth control, has been outed as a racist. But to join the wrecking crew that thinks pulling down statues changes hearts and minds puts young people in the same league with the dudes that "purified" their world by blowing up an ancient giant statue of Buddha.

Thanks, Jer, this is heartfelt and well said. That some sensitive souls at Princeton want to purge every vestige of Woodrow Wilson (!) there because he was racist is the epitome of absurdity (so far) that I have heard of. Already UNC has removed the name of Saunders from the hallowed hall in which I took grad courses in history at UNC. Yes the man was a bully and racist and even Klan advocate (and no kin so far as I know) but he also did the historical profession a huge turn by collecting some 150 years of NC's colonial records, a worthwhile achievement to be recognized, not effaced from memory.

Great article Jerry. How have we raised a generation which wants to do away with free speech? What shallow thinkers they are.

Mr. Williamson, that's what you asked for.