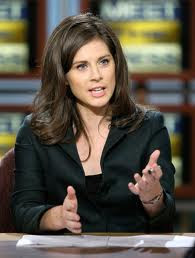 Ruling class shill Erin Burnett, late of CNBC and now of CNN, beheld 10,000 protesters on Wall Street holding up signs denouncing corporate greed and the manipulation of government, and she delivered herself of the opinion that the protest has no message.
"What can they possibly want?" queried the puzzled Ms. Burnett, echoing another 1,000 cable news and mainstream pundits who knoweth not. Because, evidently, they can't read and also possibly because they serve the very Mammon against which this uprising has posed itself.
The message of Occupy Everywhere could not be clearer. The protesters, from Wall Street to Boone, want accountability from the banks that took all our money. (The CEO of the Bank of America just got pissed about all this and said, in so many words, that we'd better start talking nicer about him and his institution. Or else!)
The uprising wants an end to the corporate control of government, and that goes doubly for Mr. Obama's cozying up so quickly with Wall Street, told nowhere more clearly than in his complete cave on affordable health insurance for everyone.
The uprising wants an educational system that gives all our citizens the tools and the opportunity for rewarded work, without in the meantime running up a loan debt that smothers hope and enslaves new college graduates to years of debt peonage.
Erin Burnett is paid a handsome corporate salary to be obtuse to the obvious: she cannot see what is plain to everyone else, that the filthy rich are getting far filthier in their wealth while the other 99% are struggling to eat, keep the car running, pay for their kid's braces. But if Ms. Burnett is wondrously obtuse, she's also becoming -- along with the rest of the yammering classes on cable news -- wondrously (and finally!) irrelevant to what's really happening here.
Posted by J.W. Williamson at 10/27/2011 12:46:00 PM
Email ThisBlogThis!Share to TwitterShare to FacebookShare to Pinterest
Labels: revolution in the U.S.

The public is fed non stop coverage of silly issues and non issues.

How much more do we need to know about the trial of Michael Jackson's Doctor or what Donald Trump thinks?

Large corporations and defense contractors like GE didn't buy up cable and network TV to inform the American public.

The extremism of right wing Fox News is designed to make the corporate propaganda from CNN and other networks sound rational.

Now they are dragging Bernie Madoff back into the News as if he were the only criminal on Wall Street. Bernie gets to have an encore as Wall Street fall guy and scapegoat for hundreds of Wall Street criminals.

They (some of them) also want communism. They are supported by the ANP and CPUSA, so be careful who you support. Because "they" include such extremists and hate-mongers,"they" certainly do not include me in their so-called 99%. I'm in the 53%. http://the53.tumblr.com/

LibPOV: agree re the "news" topics. But not sure about labeling the slimeballs "criminals." If the Obama admin. gave (yes GAVE) them a ton of money with no strings attached, and they stuffed their pockets, they broke no law. The criminal might be the criminally stupid giver of OPM (other people's money). What Madoff did was criminal, which is why he's in jail. Being a capitalist is not yet a crime in America. So you don't get to set the rules on what is or is not criminal. The variousl legislatures go that, unless of course they are overridden by the executive or judicial branches, which by the way isn't supposed to happen. But the Constitution is another topic.

Should it be a crime to accept a massive bailout from public finds to save your company from your own mis-management, and then pay yourself a huge "bonus"? How about if you use that bonus to buy politicians who will work to make sure you never have to give any of the public's money back?

It doesn't appear that the OWS protesters want accountability, they just want part of the largesse the gov't is handing out.

I've seen reports where some of them want relief from their student loans. Now that Obama has consolidated these loans under the Feds it seems he is obliging them.

When people make disastrous decisions, whether a bank making loans to people who can't pay them, or a student thinking a degree in Outdoor Recreation is a good idea, they should suffer the consequences of their decisions.

As usual, it's all about the money.

53% - Please keep your timeline straight. The TARP bailout was Bush's baby. Signed by him in October 2008.

LPOV - You are so right on. We are fed a steady diet of junk "news" to distract us from any awareness of real issues.

President Bush presided over TARP. President Obama, as a US Senator, voted for it. So did most of the US Congress. A trillion dollars with literally no strings attached. How nice it would be to go to Vegas, get totally wiped out financially, and then have a Republican administration bail us out.

Mea culpa: Bush's no-strings TARP. One Progressive is nearly as bad as the next.

So it's NOT a crime to pad one's pockets with no strings money. Should be doesn't make it a crime. Shouldnt the occupiers be hanging out in Wash DC instead of wall street or oakland or anywhere else? That's where the "crime" was and still is being committed.

Do Over: you said it! I once invested in, let's say, Enron. Or Citibank. Lost a bundle!! I want a bailout too. One bad investment decision is same as the next, like loans I can't pay off, houses that go down instead of forever up in value, pair of shoes I don't like. No responsibility should ever come back on me!

So... nobody has a problem then with the OWS being supported by commies and racists?

And the Federal Reserve, a private entity, approved such a move. What a disgusting scam!

This is getting off topic but the student loan problem is a real one. I can't remember where I read this but a quote that resonated with me said something like this: if you graduated more than 10 years ago don't pretend to understand the situation today's students are in. For years financial advisers have called student loan debt "good" debt, and we've told students that college is a must. With the current job market it's just not fair to send them these messages and then turn around and call them irresponsible if they graduate with lots of debt and few good job prospects.

I have a lot of ideas about how we could make higher education more affordable, but none are likely to be implemented as they involve doing away with some student services and cutting back on all the bureaucracy demanded by the push for "accountability" in education. That and increasing state funding for the core educational mission of colleges and universities. I think Obama's plan doesn't address the fundamental issue of cost, but I do think it offers a light at the end of the tunnel for those whose education debt is crippling.

OWS is supported by union workers, teachers, students, cops, firefighters, Socialists, retired people, working people, unemployed people, veterans, Democrats, black folks, white folks, Asian folks, Latinos, homeowners, homeless people, people who used to own homes, retail workers, and maybe there are a few commies and racists among the group. There are even some rich people who support the movement. Sounds like 99% of Americans to me.

The financial crimes are occurring all over the country and the world. So are the demonstrations.

So is the violence and the arrests.

By "crime" do you mean an actual violation of some law for which their could and should be a prosecution? Or do you mean someone earning large amounts of money in a way you disapprove of?

If you have evidence of a particular crime, you should notify the proper authorities.If you just don't like what is going on, well, you should bitch about it on the internet and call it a crime.

It appears the violence is perpetrated by the police in most cases.