Obama Losing His Base 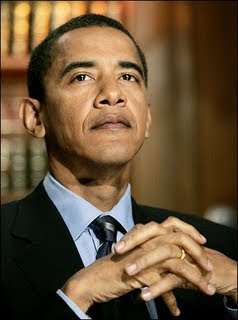 It's his fault. It's President Obama's fault. What ... he thought he could rev up a coalition that wanted real reform and then betray it with a sell-out to corporate money and to Joe Lieberman? Apparently, he and his advisors naively thought that everyone would just fall right into step behind The Insurance Company Bail-Out Act of 2009, that his fans would accept any bill rather than a good one.

The web-based Obama troops, 13,000,000 of us on the Organizing for America (OFA) listserv, received e-mails on Wednesday, asking us to phonebank our senators to support the Joe Lieberman version of health insurance reform. We contacted Kay Hagan, all right, but not to urge her to support that piece of garbage. Politico sez the revolt is widespread and going viral:

One leading OFA volunteer in Florida blasted an email to a statewide listserv urging activists to "just say no" to the phone-banking effort -- uncorking a torrent of frustration from Florida Democrats -- while some OFA subscribers replied directly to the call-to-action email with angry messages and others asked to be removed from the list entirely.

Dave Hearn, an optician in Iowa who helped organize for Obama's campaign said that the president "is taking for granted that the volunteers who worked so hard for him were going to buy in to whatever strategy he chose to pass his major legislative initiative .... What am I going to say: 'I hate this bill, but we're Obama people, so let's do it?' "

That ain't working. Ain't working on any number of levels, and it's Obama fault for not fighting for what he said he wanted, both during the campaign and right regularly since he took office.

"If this bill passes, it will be because Joe Lieberman threw a hissy fit and was allowed to control what went into the bill," said Susan Smith, an OFA activist from Tampa. "That means that in the end, he had more power with President Obama and Senator Reid than we do. If he is rewarded, this tactic will be used over and over again to kill the progressive agenda."

Susan's got it right. Obama's got it wrong. It remains to be seen if this president can be a leader and a reformer or merely a jet-setting speech-maker.
Posted by J.W. Williamson at 12/18/2009 09:25:00 AM
Email ThisBlogThis!Share to TwitterShare to FacebookShare to Pinterest
Labels: Barack Obama, health care, Joe Lieberman