The Shepherds Were Exploiting the Flocks 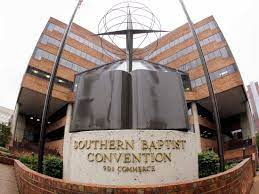 The report also revealed that an executive committee staff member working for Mr. [August] Boto [a poweful member of the church's executive committee] had, for more than 10 years, maintained a detailed list of ministers accused of abuse. But no one “took any action to ensure that the accused ministers were no longer in positions of power at SBC churches,” the report stated. The most recent list, it added, contained the names of hundreds of alleged abusers affiliated with the denomination at some time. Investigators reviewed the same list and reported that it appears nine people remain at least connected to work in a ministry setting, including two connected with a Southern Baptist church.

The report described revelations in recent years that senior leaders had “protected or even supported abusers.” The leaders included three former presidents of the denomination, Steve Gaines, Jack Graham and Paige Patterson, as well as a former vice president and Mr. Boto, a former executive committee interim president and general counsel. A spokesman for Prestonwood Baptist Church, where Mr. Graham is pastor, said the church “categorically denies” the way the report characterizes an incident under his leadership in which it alleged Mr. Graham quietly dismissed an accused abuser on his staff rather than contacting police. Mr. Gaines and Mr. Patterson could not be immediately reached for comment.

Posted by J.W. Williamson at 5/23/2022 07:38:00 AM
Email ThisBlogThis!Share to TwitterShare to FacebookShare to Pinterest
Labels: religion and politics, Southern Baptists

Who would Jesus groom?

Who would Jesus groom?