Tim Moore, Getting His Quid Before His Pro 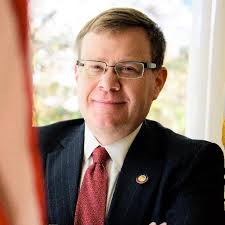 Man, oh man. That Tim Moore is one slick dude.

But let investigative reporter Lisa Sorg tell the story (and hattip to scharrison over at BlueNC):

On June 27, state lawmakers were in the throes of hashing out the 2016-17 budget, when tucked on page 182, a new line item appeared, as if by magic: a $1.5 million grant for water and sewer upgrades and dam repair at John H. Moss Reservoir in Cleveland County.

Such an appropriation sounds neither sexy nor controversial. That is, until it’s revealed that the item was inserted in the budget during a final conference committee hearing at the end of the session. No previous versions of the Senate or House budget include it.

And that Moss Reservoir, also known as Moss Lake, is in Kings Mountain, home of House Speaker Tim Moore.

And that his campaign treasurer, a campaign volunteer, and at least four campaign contributors live on or near the lake.

And that the grant money was allocated carte blanche, with virtually no conditions except that Kings Mountain may use it “for any lawful purpose.” None of the 15 other local projects that received grant money was given the same latitude….

Dennis Bailey ($250), works for ReMax realty, which sells homes in Cleveland County, including several on the lake....

Sorg's investigation is considerably longer and just as detailed and backed up by numerous other links to documents. (The Cleveland County map linked at the words "on the lake" above is a revealing factoid.)

"First, we count the money."