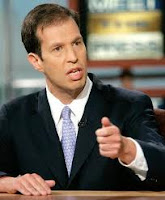 Remember Ken Mehlman ... campaign manager for George W. Bush's reelection bid in 2004, subsequently Chair of the Republican National Committee. You probably won't remember how aggressively anti-gay the Bush reelection campaign in 2004 was under Mehlman's hands, what with Karl Rove's engineering simultaneous anti-gay marriage votes in several swing states that year. And you also possibly won't remember that Mehlman came out of the closet in 2010.

When I heard this a.m. that he was apologizing for his past work of demonizing gays, my first reaction was "Talk to the hand." Then I went and read his actual statement:


“At a personal level, I wish I had spoken out against the effort [to exploit gay marriage for political advantage]. As I’ve been involved in the fight for marriage equality, one of the things I’ve learned is how many people were harmed by the campaigns in which I was involved. I apologize to them and tell them I am sorry. While there have been recent victories, this could still be a long struggle in which there will be setbacks, and I’ll do my part to be helpful.”

We don't know how the vote on the so-called Amendment 1 in North Carolina will turn out, whether Mehlman is right that even young Republicans -- at least not those marching with the mullahs of the Right -- support marriage equality. Every poll seems to suggest that the struggle is generational, anyway, not really partisan, so for every young Republican willing to vote against Amendment 1, there's probably two elderly Democrats willing to vote for it because their preacher told them to.

Posted by J.W. Williamson at 3/02/2012 11:17:00 AM
Email ThisBlogThis!Share to TwitterShare to FacebookShare to Pinterest
Labels: gay marriage, homophobia, Ken Mehlman, religion and politics

My guess is someday both Sen. Dan Soucek and Rep. Jonathan Jordan will make similar apologies. Only a person fearing his or her own sexuality would be somehow feel threatened by same sex marriage. How does same sex marriage in any way effect more traditional marriage between a man and a woman?