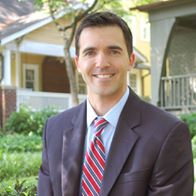 Indebted to Senator Jeff Jackson of Charlotte for keeping us informed about the overlords:

UPDATE: Legislative leadership just invoked the nuclear option with respect to the budget.

For the first time in modern history, it appears our budget will be passed as a conference report instead of a regular bill.

Why does this matter? Because a conference report gets to skip over the committee process and isn't subject to any amendments.

That means that whenever we see the budget -- and it's still being written behind closed doors -- it's essentially final.

And we're hearing the budget vote will be as soon as next week, so without having seen a single line of it, it's basically done.

You only pull a move like this if you are so entrenched in power that you're ok with openly insulting every taxpayer in the state.

Think of it like driving over your neighbor's mailbox while giving them a thumbs up. You only do something like that if you've become totally detached from what people think of you.

If you're a fiscal hawk, you should be especially concerned by the fact that this budget will spend $23 billion of your tax money without anyone being able to publicly question or amend a single letter of it.

Ultimately, this is about teachers. Republicans know that Democrats are going to offer amendments to raise teacher pay and Republicans don't want to be on record voting against that. So they're going to torpedo the whole process to avoid publicly saying "No" to teachers.

Add this to your list of reasons why voting this November is absolutely essential.