"The poster boy for a law he didn’t write."

But he signed it, and he's based his reelection on defending it.

Remember, remember the 8th of November!
We'll end the stupidity at last.
I know of no reason
Why the craziest season
Shouldn't become a part of our past.

The NCAA has made a choice to take its business out of a state that passed a law that discriminates against transgender people. Just as Gov. Pat McCrory made a choice to sign that law without --presumably and upon evidence -- having read it. 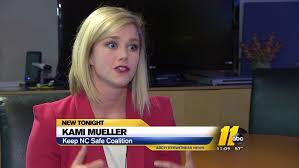 The NC GOP, under the ineffable leadership of Dallas Woodhouse, has leapt to attack the NCAA in a most unhinged way. NC GOP spokeswoman, the ineffable Kami Mueller, actually wrote and put this out as representing the views of ostensibly rational people:

“This is so absurd it’s almost comical. I genuinely look forward to the NCAA merging all men’s and women’s teams together as singular, unified, unisex teams. Under the NCAA’s logic, colleges should make cheerleaders and football players share bathrooms, showers and hotel rooms. This decision is an assault to female athletes across the nation. If you are unwilling to have women’s bathrooms and locker rooms, how do you have a women’s team?”

Can you follow the logic? Because the NCAA opposes discrimination against transgender people, it must perforce be in favor of turning college sports into the shower scene from StarShip Troopers.


“I wish the NCAA was this concerned about the women who were raped at Baylor. Perhaps the NCAA should stop with their political peacocking — and instead focus their energies on making sure our nation’s collegiate athletes are safe, both on and off the field.”

And there you have it: the conflation of transgender rights with the rape of females by males, known or unknown. Mueller is saying “the NCAA is not perfect, and therefore they can’t object to our discriminatory law.”

That's a logical fallacy. And unhinged.