The Current and On-Going Mess with Congressional Districts

Late yesterday, Republican gerrymanderers in the General Assembly released proposed new congressional districts. It's going to take some time to fully digest what it all means, but in redrawing districts 1 and 12, under court order, the map-drawers redrew all 13 districts. 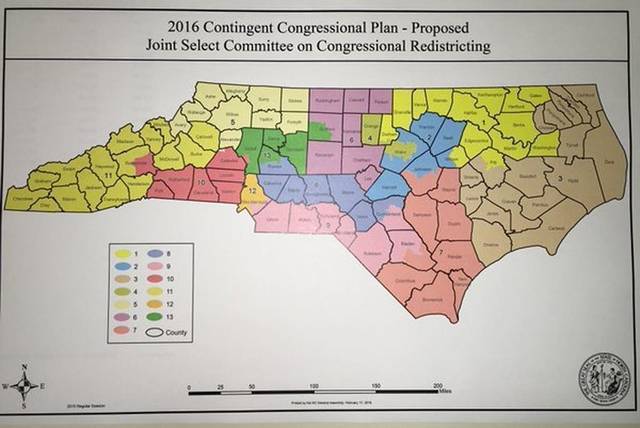 Virginia Foxx's 5th District would now take in all of Forsyth, which means the urban core of Winston-Salem, and would regain Stokes and Surry counties while losing Iredell.

Two House members have been drawn out of their districts ... Democrat Alma Adams in the 12th (which would now be entirely in Mecklenburg) and Republican George Holding in the 13th.

What happens now? The General Assembly was called back this morning to vote on this new map, which they will because the Republicans are in the majority, but will the three-judge panel who ordered the redrawing accept the maps? Who knows?

And what happens with the primary due to launch Early Voting in a matter of days? Some of the incumbent congress people have primaries, including Virginia Foxx, but with the districts moved -- some of them light-years -- aren't there likely to be new potential candidates who would like the chance to run?

This is a mess made in the Republican kitchen.