Mugstomp on the Neuse Goes Under Water 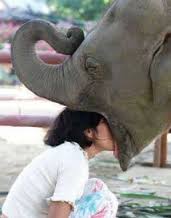 It has become surreal in Raleigh.

1. The General Assembly -- mainly the Republican Grandees in the NC Senate -- have redrawn congressional districts to maintain their 10-3 Republican dominance, while also conveniently punishing Democrat Alma Adams (by moving her 12th District completely out from under her) and delivering what looks like a career-ending blow to fellow Republican George Holding who is now double-bunked with Democratic Congressman David Price.

2. All this rush to redistrict what a three-judge panel said was unconstitutional gerrymandering may be rendered moot if Chief Justice John Roberts comes through with a Supreme Court stay of the three-judge panel's decision.

3. If Chief Justice Roberts issues a stay, then everything goes back to where we were last week: all primaries in all races on March 15. Otherwise, with no intercession from the Supremes, the Congressional primary will be yanked off the ballot for March 15 -- every other ballot item remaining in place -- and moved to June 7th.

4. No run-offs allowed. For the March 15 primary, and for all the races still on that ballot, top vote-getter wins even if he/she doesn't get to the magic 40 percent marker. (This could conceivably save Renee Ellmers' bacon. She's in a four-person primary race and will conceivably have some difficulty getting to 40 percent. The other likely beneficiary: Deborah Ross, who's in a four-way Democratic primary for U.S. Senate.)

5. Here's where it gets bizarre, according to what passed in the NC House late yesterday. Here I must quote directly from the N&O to get it straight:


In another twist, candidates who won a March 15 primary then could file to run for a congressional seat June 7. If they won in both primaries, they would have to withdraw from one, within a week after the June 7 results were certified.

That means, for example, a legislator who already had been renominated for a seat could run in a congressional primary, and continue to seek re-election as a legislator if he or she lost the latter vote.

I have questions. I hardly know where to start. I'm assuming that the word "candidates" in that first sentence refers to any candidates in any primary race. Certain moments from the early Byzantine Empire are flickering in my mind.

6. No. 5 creates another level of confusion and chaos unanticipated by any sane person outside the halls of the NC House. It potentially creates a campaign finance loophole through which you could drive a tank. Allowing candidates in other state primaries to also file to run for the U.S. Congress without foregoing their state races would open the door for using money raised for a state campaign in a Federal campaign, which is illegal. This will be litigated. It will not stand.

7. Any resemblance between the North Carolina General Assembly and The Gang That Couldn't Shoot Straight is not coincidental.

I think your #5 is specifically for our General Assembly members. With the redraw there is a lot of chaos...people being drawn out of their districts...leading to an "opportunity" for some of our GA members to take a shot at the big dance.