The Dictatorship of the North Carolina General Assembly 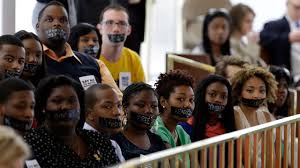 You know about Asheville's water supply. It's being taken away from Asheville and given to a regional authority, which will give it to developers free of any burdens to follow Asheville's land-use planning. The North Carolina General Assembly decreed it. Let it be so!

Because there is no "home rule" in North Carolina. Cities and towns are totally at the mercy of the General Assembly, as Boone also well knows.

Now more of the General Assembly's dictatorship has come to light. Someone -- the Republican pooh-bahs who've been doing the bidding of the oil/gas/fracking industry -- snuck in a provision to the "Technical Corrections Bill" that will prevent any county or city government from regulating fracking in any way.

What is the Technical Corrections Bill? It is a collection of typo corrections and other technical error fixes for mistakes that inadvertently got into bills that passed. It's ordinarily non-controversial.

Last week, in the last effing minutes of this session of the General Assembly, the Technical Corrections Bill "was passed by the Senate at 4:06 a.m. and the House approved it six minutes later, at 4:12 a.m., with nearly a third of House members not even voting."

There was a fracking turd slipped into that bill -- surreptitiously and mendaciously -- at the last minute and without any notice to anyone, especially not to the members of The Body who represent counties where fracking is an imminent threat. (The language slipped into Technical Corrections is in addition to language in S786, passed in 2014, which was apparently not explicit enough to satisfy the oil&gas industry.)

As Judge Dillon wrote in his now infamous Asheville water system decision, the General Assembly can do any damn thing it wants to the rest of us, and our local government bodies can go straight to hell.

“No man’s life, liberty or property are safe while the legislature is in session.” Somebody smart once said that, and he didn't even know this mob in Raleigh.

Dillon's rule is the newest form of tyranny.
And the tyrants are running amok at NCGA.