How Our Governor Became Such a Public Zero 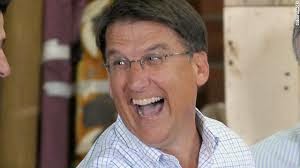 Editorial in the Charlotte Observer chronicles only some of the empty rhetoric and broken promises that have issued from the mouth of Gov. Squishy:


During his campaign, McCrory said he wouldn’t sign restrictive abortion legislation. Six months after he was sworn in, he broke that promise.

...Common Core? McCrory publicly supported the rigorous academic standards more than once. In June, he said eliminating them was “not a smart move.” In July, he signed a bill that replaces them....

By signing both laws, McCrory retreated from moderate positions. Each time, he sold out to extreme conservatives.

That list doesn't even include his most recent empty threat -- that he'd veto the NC budget bill if teacher raises went above 6 percent or if Medicaid suffered any more cuts. That pledge is in the Fugetaboutit dustbin by now. You can take that to the bank.