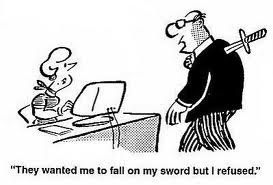 Early on in his crusade to do the Templetons' bidding, Sen. Dan Soucek assured the NC Senate committee considering his "local bill" to eliminate the Town of Boone's extraterritorial jurisdiction that he had the backing of the rest of the local delegation. That is to say, he said he had the support of Rep. Jonathan Jordan, since it's customary for "local bills" to have the full support of all members of the House & Senate representing that area.

If Soucek did actually have Jordan's support, or was merely speaking out of his alimentary canal (as is his wont), he most assuredly did not have Jordan's support when Senate Bill 949 actually reached the NC House for action. Jordan pointedly did not show up to support the bill in the House Rules Committee. And he is now evidently in favor of side-lining Soucek's initiative into a "study" bill, which is just another name for "face-saving." Study bills are where problematic legislative ideas go to die.


Why Jordan, the Art Pope fellow-traveler, would be in favor of cutting off Boone's water supply and not in favor of crippling her ability to maintain zoning regulations in the ETJ is a mystery past the talents of mere mortals to decipher.

people in Boone need to stop patronizing businesses run by the people who try to ruin the town.

Yes any of the businesses of the Council members should be boycotted!