Questions About Who Bought Heavenly Mountain 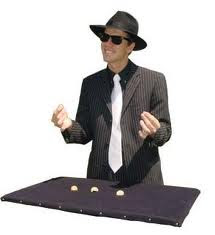 Monte Mitchell has a veeery interesting article in this a.m.'s Winston-Salem Journal about the auctioning off yesterday of the former Heavenly Mountain property (a.k.a., "Laurelmor"). It was finally gaveled down for $10.5 million, "more than four times the reserve price of $2.48 million."

But here's where it gets, well, impenetrable. From Mitchell's article:

...Marvin Salt, publisher and editor of the Cambridge Christian Press, in Cleveland, was the agent representing the buyer, whom he identified as Ohio International Alliance Missions Trust.
The trust is affiliated with One In Christ Church and Norwalk Bible College.
"It's now owned by a trust that has a church on the title, and our college will be here within the year," Salt said as he hurried off to sign documents with Chartwell Auctions, the Cleveland-based auction company that conducted the sale.
But there's still a bit of mystery as to who the winning bidder is.
The websites for both Cambridge Christian Press — www.cambridgechristianpress.com — and Ohio International Alliance Mission Trust — www.ohiam.info — are incomplete and apparently still being developed. A voicemail left at the offices of Ohio International Alliance Missions Trust was not returned Wednesday. Norwalk Bible College has a Facebook page with six "likes" and no apparent website.
The bidder spells his name as Marvin Salt on his business cards, but websites list a Dr. Marvin Sault as executive director of Ohio International Alliance Mission Trust. No one answered calls to the number on his business card....

So now you are saying religious organizations cannot own property?

Where did he say that religious organizations can't own property? Sheesh. All he said was that there seemed to be something fishy about the auction.

What? Somebody bought it.

Just to clarify, the part that sold is NOT Laurelmor. That section was sold off back in 2005. It's been through a couple of name changes since then, e.g. Reynolds Blue Ridge, Blue Ridge Mountain Club. Curiously enough, that section has experienced its own slew of difficulties. I don't want to sound too flaky, but, especially after working for someone associated with TM, I think the whole place is jinxed. I wish the new owners luck, because, in my opinion and experience, they're going to need it!

Well, if it is a scam, at least he's not using $535 Million of taxpayers money to finance it like the green jobs scam at Soylandra that Obama's venture capitalist buddy paid him for.

It will be a real pleasure for a change, to get screwed by a regular civilian con man instead of the government!

Jus saying, hit it on the head. Seems the majority here would rather be screwed by the government on this deal then a church. I will take the church screw this time and not have my wallet pay for this screwing.