Has the Worm Turned? 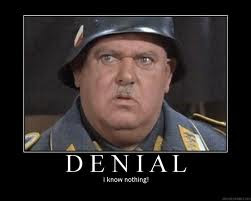 And here we were thinking that "Tea Party" was a proud label worn by politicians like Virginia Foxx as certifiable evidence that they were patriots bent on saving America.
But in Wake County right now, in the heat of a new Wake County School Board race, "Tea Party" constitutes fighting words.
Just because Republican candidates for the Board spoke at Tea Party rallies, and just because they've benefited from electioneering by Americans for Prosperity and Art Pope, nationally recognized funders of the Tea Party, and just because they've been attending to the agenda of resegregating Raleigh's schools ... why, hell's bells! That doesn't make them, gulp, Tea Partiers.
Posted by J.W. Williamson at 9/29/2011 11:56:00 AM
Email ThisBlogThis!Share to TwitterShare to FacebookShare to Pinterest
Labels: Americans for Prosperity, Art Pope, teabag protest, Virginia Foxx, Wake County Schools

pathetic coverage. The N&O is weak sauce indeed and they get played by the GOPbaggers constantly.

Americans for Prosperity and Art Pope, nationally recognized funders of the Tea Party

You mean the hanger-ons who try associate themselves with Tea Parties so people will think they're important? And by "people," I mean suckers like you.

I bet you even believed the MSM when it told you Dick Armey was behind the Tea Parties, didn't you?

Thank you for agreeing, Henery. It is about time you realized truth when you see it.

Carry on with your delusion, Mr. Teahadist.

The Tea Party is serving Art Pope's agenda. The Tea Party has always been the self-deluded foot soldiers carrying water for billionaires.

You mean like Soros, the man that owns the Democrat party?