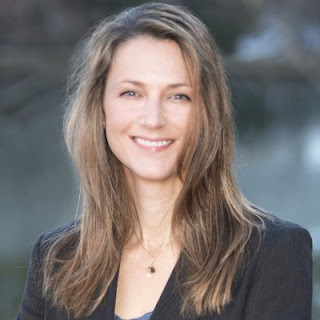 It's downright edifying to watch North Carolina Democratic candidates for General Assembly seats in  "unlikely districts" proving conventional expectations all wet. When did we last see such energy on the Democratic side, such volunteerism among the rank-and-file, such blazing commitment among the resistance?

Kim Bost, running in House District 96, is just one example of in-it-to-win-it grit in a district where no Democrat even filed for the office in 2016. District 96 is a compact piece of real estate taking in some of the densest neighborhoods in Catawba County -- Hickory and Conover, principally. Think post-industrial landscape where factory jobs have been disappearing, median family incomes have not kept pace with the rest of North Carolina -- let alone the rest of the nation -- and property values have been in a slump. Trump Country, right?

Enter Kim Bost, a native of New Jersey who came to Hickory in 1999 to work as a designer for Ellis Hosiery. She's been a close observer of the struggling textile industry and has focused her campaign on North Carolina's ranking as 47th among all the states for worker wages and worker protections. That's a dismal statistic that can be laid on the Republican-dominated General Assembly.

Bost is running an energetic campaign and drawing volunteers in to help with weekly door-knocking, phone banking, and other direct voter contact. She's already passed the landmark of 1,000 doors knocked and is showing no sign of slowing down. It's like she's revved up a resistance that's just been waiting for a leader, for a standard-bearer, for a candidate willing to work hard for it. Bost is active on Twitter and on Facebook. Nothing inspires followers like a hard-working candidate with a solid platform of support for public education, worker rights, and expanded healthcare.

Meanwhile, the incumbent Republican Jay Adams looks like furniture. He votes for what his bosses tell him to vote for, which is every piece of regressive legislation that Berger/Moore came up with. Adams managed to get himself on HB2 as a sponsor, one of the most destructive bills for business in the state's history.

If anyone can break the bad Catawba habit of voting for do-nothing Republicans like Jay Adams, Kim Bost is that candidate.