Justice Is Coming for You, North Carolina!

Yesterday, the 4th Circuit Court of Appeals ruled that bathroom restrictions against transgender people are unconstitutional. Governor Squishy and the Republican leaders in the NC General Assembly ought to grab their waders and rush through the door the court just opened: "Oops, sorry! We take back HB2!" But of course they won't

Phil Berger, the Republican leader in the NC Senate reacted as only a bunkered and blinkered culture warrior could: he essentially denied that transgender people even exist and made it clear that if they do exist, they're not welcome in North Carolina.

Berger's published statement after the 4th Circuit's ruling came down: “People need to wake up: Roy Cooper, Barack Obama and two unelected federal judges are on the verge of completing their radical social re-engineering of our society by forcing middle school-aged girls to share school locker rooms with boys."

There's the language guaranteed to stir up the church folks: teenaged girls sharing the locker room with a boy. Not "a transgender boy who looks and acts like any other teenage girl," which is the reality of that situation. Berger's willful misuse of language amounts to denying the existence of people who have changed gender identities. 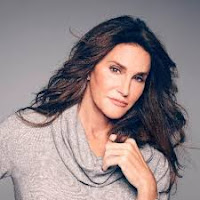 This is a transgender woman. She used to be a man. To Phil Berger, she doesn't exist, but if she did, by Gawd, Berger would make her go to the men's room.

The continual fallback to the meme of bathroom sexual assault -- that the threat of forced sex is what HB2 is all about -- is both ignorant and prejudicial, but since when did Berger and the preachers shy away from ignorance and prejudice?

They will cling to their prejudices and take as many others down with them as they can. Meanwhile, the mills of justice are grinding. The 4th Circuit's ruling is coming to North Carolina.


Posted by J.W. Williamson at 4/20/2016 08:28:00 AM
Email ThisBlogThis!Share to TwitterShare to FacebookShare to Pinterest
Labels: homophobia, Pat McCrory, Phil Berger

I want Gov McCrory, Phil Berger and Tom Moore on live tv telling this man he has to use a women's restroom and explaining why it makes sense that he should be using the same locker room as your daughter.

No,that's not right. The trans gender individual who brought the suit was offered special access to three single occupancy, unisex bathrooms. But this biological female insists on being able to access male bath rooms and high school locker rooms. She was not required to use female bathrooms.