There Ain't Nothing "Moderate" About Jonathan Jordan 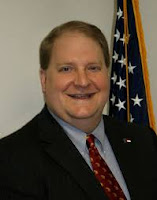 A number of legislators – all Republicans, of course – received a perfect score [from the American Conservative Union]. In the Senate, those were: Kathy Harrington, Joyce Krawiec, Mike Lee, Buck Newton (running for Attorney General), and Dan Soucek (retiring). 100% conservatives in the House: Marilyn Avila, Mark Brody, and Jonathan Jordan.

Perhaps it's easier being 100% anything if you don't really lift a finger for anybody, except to vote with the majority. That doesn't take the exercise of any brain synapses. You barely have to move your carcass.

It is time to get this GOPer robot outta there. Of course it won't be easy given the gerrymandered district he "represents" but if Dems get good voter turnout it can happen. How to get the word out and get Dems organized in Ashe County? A huge challenge.

Each time he has won by small margins, so he CAN be defeated. Sue Counts got more votes that he did in Watauga. Ashe has quite a few Democrats, so it's actually more possible than many people realize. This is one district that really isn't gerrymandered.

Brother Doc - to use your words....we can get the "GOPer robot outta there" by not even letting him get to the general election. A lot of independent voters in Watauga and Ashe that can pick up the republican ballot in the upcoming primary and vote for me. If you visit my website at www.hendricks4nchouse.com - I think you will find me more palatable. I have some big GOP events coming up including a GOP sponsored debate. I will be pushing hard on public education. Giving an honest assessment on the state's support or lack thereof in regard to public ed.

Tell your republican and independent friends to vote for me and come November you will have two options that are strong supporters of public education.