State Board of Elections Gets More Partisan 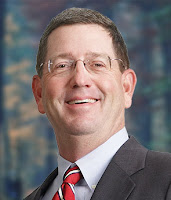 Former Chair of the Mecklenburg Republican Party, Grant Whitney Jr., takes Josh Howard's place on the State Board of Elections.

Just in case you thought things wouldn't get more partisan.

Posted by J.W. Williamson at 1/05/2016 11:54:00 AM
Email ThisBlogThis!Share to TwitterShare to FacebookShare to Pinterest
Labels: Grant Whitney Jr., Joshua Howard, North Carolina Board of Elections

You think that is "more partisan"?

You are so far off-base that I don't have the energy to bring you back to the reality that was originally posted about.

Anon. 5:18
What in the hell are you posting about? Have you been tested lately?

Right, JW. Everyone is out of step except for you!
The BOE is partisan. Big news. The governors party has 2 members, the opposition party, one.

I thought you might have known that. I guess I overestimated you (again).

Oh, you! On the SBOE, the governor's party has three members, the opposition party, two. Josh Howard, the former Republican chair of the SBOE, displayed alarming non-partisan tendencies, and before you could say "Goodbye, Paul Foley," Mr. Howard was also gone, now replaced by Mr. Whitney. Howard's sin? He voted with the two Democrats on an issue directly affecting the Watauga County BOE. I thought you might have known that, but, in truth, I didn't over-estimate you (again).