Truest Line of the Night 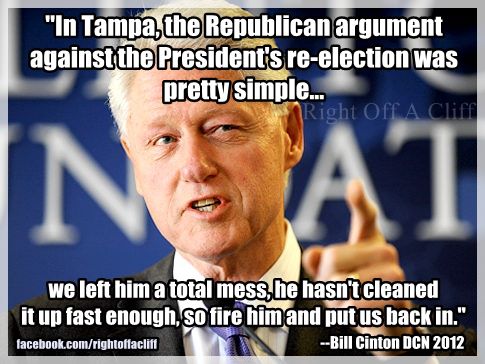 The American people have been looking for quick fixes for the economy, maybe because we've grown to feel entitled to good times all the time and are used to instant gratification. But the economy doesn't turn on a dime. You don't suffer the greatest economic collapse since the Great Depression and then bounce right back 3 or even 4 years later.

Most people alive today don't remember or even known much about the 1930s but took the US the better part of that decade to recover from the Great Depression. We shouldn't expect this recovery to be done in a matter of months even though Obama has put us on the right road. That's not about making excuses, it's about living in reality.

We would have recovered faster, as did the rest of the world, except for F.D.R.'s policies. Read the "Forgotten Man".