NC Cities: Get Ready For Another Round of Torture 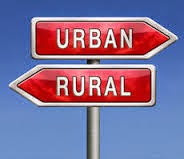 It is no secret that the Republican power-base in North Carolina in mainly rural. The cities generally vote Democratic, and the Republican-dominated General Assembly has shown every willingness to punish certain cities for that sinfulness.

Boone loses its Extraterritorial Jurisdiction. Check! Asheville loses its water system without compensation. Check! Charlotte loses its airport. Check! (All of these laws are being challenged in court, and their final disposition is unclear.)

Now comes advance warning that the General Assembly intends to redistribute sales tax revenues to benefit rural counties and starve the urban. From this morning's News&Observer:


RALEIGH — A redistribution of local sales tax revenue to benefit poor counties is on the agenda for legislative leaders preparing for the session that begins in January.

Shades of what Nathan Miller and the Watauga County Commission did to Boone last year. There's always spite and revenge running deep under any professed concern for the plight of The Rural, and there is a plight of The Rural that needs to be addressed. It just needs to be attended to without crippling the urban economic engine that lights the lights.

A comment posted on the N&O article highlights at least one irony:


If you redistribute income tax from the wealthy to the poor that is socialism and punishing the successful. But when you take money from successful counties and give to your poor county, that is considered good tax policy? Well no one said conservatives were consistent.

Regarding the local action that took place, from the beginning, the purpose of the redistribution was never about helping our rural areas. The new formula actually meant less for rural areas (ameliorated only through kickbacks). Clearly the local agenda was to 1) fulfill several personal vendettas against the Town of Boone, 2) funnel money to Town of Beech Mountain, and 3) blame the ugly repercussions of the tax shortfall on Democratic Town of Boone council members to boost Republican prospects in the 2013 town election.

Isn't this redistribution of wealth what your president Obama wants for the country? I thought you would be all for this. You people are such hypocrites.

Tell me why we should give ANYONE money that we have worked hard for. Rich or poor should work for what they get. If you don't want to work, then to bad for you. You should work to provide for yourself and family. Live within your means. No One should depend on someone else to provide for them, if you are physically able to work. There are WAY TOO MANY that are able but will not or drawing disability but are out doing work around their house, hunting, or out doing some physical activity.

If living like the "poor" and those "drawing disability" appears to be an easy lifestyle, then, by all means, give it a try.

Tell me why we should give ANYONE money that we have worked hard for.

I'll let not Republican Jesus answer that one for me.


Luke 11:39-42 Then the Lord said to him, "Now you Pharisees clean the outside of the cup and of the dish, but inside you are full of greed and wickedness. You fools! Did not the one who made the outside make the inside also? So give for alms those things that are within; and see, everything will be clean for you. "But woe to you Pharisees! For you tithe mint and rue and herbs of all kinds, and neglect justice and the love of God