Interesting Smoke Signals Out of Raleigh

Breaking News: John Skvarla, the man Gov. McCrory put in charge of the NC Department of Environment and Natural Resources (DENR) and who then subsequently presided over Duke Energy's coal ash debacle, is OUT at DENR and will instead take over the Department of Commerce, because his industrial toadying will fit in better there. McCrory never fires anyone. He just shifts them around in various jobs, hoping one of them will draw less press scrutiny.

Skvarla, incidentally, believes that oil/gas are renewable resources (yikes), and he's a climate change skeptic. He'll fit right in with the Commerce Department!

Meanwhile, over at the Department of Health and Human Services, and after 18 months of waiting since the General Assembly passed a new abortion law mandating stringent new rules on abortion clinics, the new rules have been published, and ... meh. Apparently, no clinics will have to close because of them. 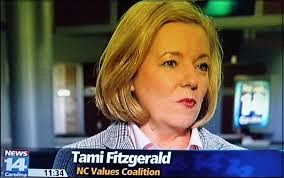 Helmet-headed moral scold Tami Fitzgerald is outraged about the laxness of the proposed new rules, so you can bet that the General Assembly will get another crack at blocking off choices open to women. Guaranteed: abortion and women's rights will again be making headlines in NC in 2015:


The N.C. Department of Health and Human Services’ proposed regulations were formally published in the state register Monday. That begins a process of public comment before the final regulations are adopted. If 10 or more people object, which is common with a controversial set of rules, then the General Assembly will have to make a final determination, and the abortion debates would begin again in the House and Senate.

Makes one wonder, though, if this isn't another one of McCrory's gestures of moderation. He had promised as a candidate that he would do nothing to make abortion more difficult in NC. Then he up and obediently signed the General Assembly's extreme new law. Now his DHHS goes all wobbly over the new rules.

Skvarla out at DENR ... abortion clinics allowed to continue in service ... what's next?
Posted by J.W. Williamson at 12/02/2014 10:49:00 AM
Email ThisBlogThis!Share to TwitterShare to FacebookShare to Pinterest
Labels: abortion rights, John Skvarla, Pat McCrory, Tami Fitzgerald