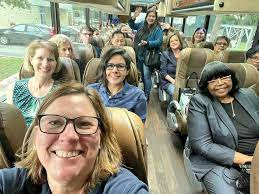 Instead of more talk, including a presidential speech, we need elected Democrats to take action to protect the right to vote, like members of the Texas House did last night in chartering two planes and flying to the nation's Capitol to lobby US senators to pass the For the People Act. Without the 50-plus Democratic lawmakers, Texas Republicans are denied a quorum to pass their new voting restrictions. The special session called by Gov. Greg Abbott is set to end on August 7th. The Texas Democrats vow to stay away from the state until after August 7th."We are living on borrowed time in Texas,” top House Democrats said in a statement. “We need Congress to act now to pass the For the People Act and the John Lewis Voting Rights Act to protect Texans — and all Americans — from the Trump Republicans’ nationwide war on democracy.”
The massive Texas bill "includes a number of restrictions championed by former president Donald Trump. The measures would ban several election programs implemented last year to help people vote during the coronavirus pandemic, including drive-through voting and 24-hour and late-night voting. Voting rights advocates noted that voters of color disproportionately used these programs."
A war on democracy? Yeah, with no prisoners. Why aren't US Senate Democrats on a war-footing rather than eternally whistling through the graveyard -- "Someone-- someone might get mad if we did that. Or that. Or for that matter that." Someone might get mad. You bet, but you're looking the wrong direction.
Rep. Trey Martinez Fischer, a leader of the absconded, pointed out that it's "an enormous sacrifice for many of the Texas Democrats," some of them with health problems, some single parents of young children, some of them in fear of losing their regular jobs. Not to mention the enormous expense of two chartered private jets and weeks of DeeCee guest services. Yikes.
Schumer, putative leader of the Democrats in the US Senate where all the bucks are piling up, said that he might have to cancel some of the August recess -- some of it, not all of it God knows and relax, you senators accustomed to your comforts! The canceling of the goddamn August recess ticks high on the list of demands from the Texas visitors. Why aren't the senators working through August to protect and expand the promise of democracy? 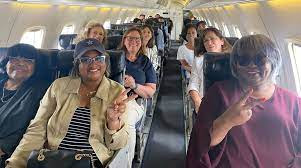 If Republicans are able to suppress the vote, nothing else in the political world, or in the real world, will count for a fart. Without our right to fight back at the ballot, all will be lost to an authoritarian regime with a cult leader.
I acknowledge the Texas reality, as described by the Texas Tribune: "Even if Democratic lawmakers stay out of state for the next few weeks, the governor could continue to call 30-day sessions or add voting restrictions to the agenda when the Legislature takes on the redrawing of the state’s political maps later this summer."
So facing sure and ultimate defeat, why shouldn't the Texas Democratic minority shoot the moon, grab the attention of a floundering Democratic Senate majority that could still redeem itself by forcing the issue on Manchin and Sinema. There's got to be a showdown some time somehow. Maybe the Texas Democrats can be its predicate.
Posted by J.W. Williamson at 7/13/2021 08:04:00 AM
Email ThisBlogThis!Share to TwitterShare to FacebookShare to Pinterest
Labels: Charles Schumer, Texas, Trumpism, voting rights