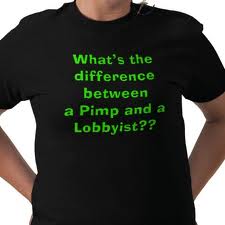 So NC Speaker of the House and Big Republican Thom Tillis rooms with his Chief of Staff, Charles Thomas, who is outed for screwing a lobbyist, or getting screwed by a lobbyist -- we're not sure -- and Thom Tillis gives Mr. Thomas a nice parting gift as he exits, shamed -- $12,000, called "severance."

You room with a guy and don't have a clue he's cooking molasses with a lobbyist who has a special interest in what legislation gets considered, and when. Doesn't pass the smell test.

Mr. Tillis seemed to indicate that he has a soft spot for disgraced roommates who make faulty personal choices. The Wilmington Star-News editorialized:


The speaker and the Republican-dominated General Assembly didn't exhibit the same sympathy for the thousands of state employees who lost their jobs due to the Republican "austerity" budget. They were merely casualties of the quest to make government leaner and more efficient. Tillis and his colleagues weren't moved by their plight or that of long-term unemployed workers whose "human side" wasn't an issue last year when Republicans held their subsistence benefits hostage in a politically motivated effort to force Gov. Beverly Perdue to accept automatic across-the-board spending cuts during budget negotiations.


That Star-News editorial led off with this line: "Such a stand-up guy, that Thom Tillis." Ouch.

And not one but TWO Tillis staffers were found to be screwing lobbyists (or getting screwed. We're still not 100% sure), but apparently the other one, a woman, was worthy of far less Tillis sympathy, since she only got $7,000 as a parting gift. You gotta screw the RIGHT lobbyist to get the big bucks.

Posted by J.W. Williamson at 5/20/2012 09:26:00 AM
Email ThisBlogThis!Share to TwitterShare to FacebookShare to Pinterest
Labels: Thom Tillis

Just wondering where you got the info that Hobbs was "screwing" anyone? As far as I can tell, the regular press has never indicated that their was a sexual relationship. Do you have knowledge of a sexual affair or are you just speculating? Libel is a pretty serious thing.

Denial is also a serious thing, Anonymous #1. I guess no sex makes this better in your eyes?

It's not a question of "making it better"...it's a question of libeling someone without any real evidence. If she engaged in an actual affair with this married lobbyist, that's one thing. If you have that evidence, let us know. If you are just speculating then you are way off base here!

You say she "screwed" a lobbyist...noone else that I can find has reported that. Either back it up or withdraw it. Don't try to change the topic to weather or not no sex "makes it better".

For the record, I oppose his payment of the severance pay to each of these employees. That she did or didn't have sex with a lobbyist is irrelevant to that point. What is relevant is telling lies about her in an effort to slander her.