The Battle of Blair Mountain 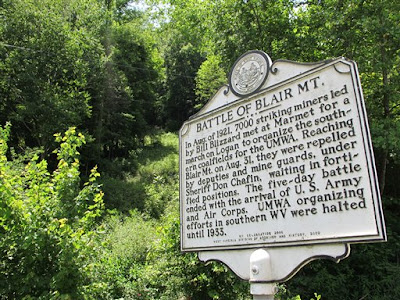 A federal judge in Washington, D.C., has ruled that just because you're a citizen of this nation -- or even a citizen of West Virginia -- and you want to preserve an important historic site from destruction via strip mining ("mountaintop removal" coal mining), if you don't have the legally magic status called "standing" you're shit outta luck.

Rather, Blair Mountain and the history it cradles is shit outta luck.

Some days it's easy to agree with Mr. Bumble: “The law is a ass—a idiot."