John Hood Comes Out of the Closet 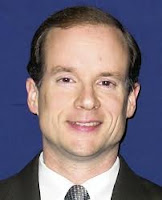 John Hood, leader of a mere sliver of the Art Pope Empire, comes out against Amendment 1 (via Rob Schofield):


"I think amending North Carolina’s constitution to forbid gay and lesbian couples from receiving any future legal recognition, including civil unions, is unwise and unfair. In my opinion the real threat to marriage is not the prospect of gay people getting hitched. It is the reality of straight people too quickly resorting to divorce, or never getting hitched in the first place."

Whaaa??? It was Art Pope's dutiful minions in the NC General Assembly, like Li'l Danny Soucek and Jonathan Jordan, who pushed this s**t in the first place.

So what gives with the cognitive dissonance, Mr. Hood?

Distancing himself from the Sara Servatius debacle maybe