Logic in the Raleigh Clown College: GOP Sez It Wants Less Government ... Except When It Comes to Women 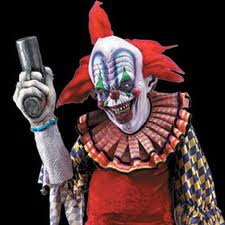 Another bad bill for Governor Perdue to veto: harsh, insulting restrictions on abortion contained in House Bill 854, the “Women’s Right to Know Act.” This major piece of social engineering, filtered through a self-righteous morality, "would require a 24-hour waiting period before a woman could get an abortion. In the meantime, she would be required to get an ultrasound and receive state-approved counseling about alternatives to abortion." (Laura Leslie, 15 June 2011)

From LL's coverage of the debate:

“This bill assumes women are ignorant,” said Gladys Robinson, D-Guilford. “Yet we’re elected like you are.”

Robinson assailed the bill for failing to make exceptions for cases of rape or incest. “No one has the right to tell us – especially not me – what to do with our bodies.”

Sen. Eric Mansfield, D-Cumberland, a practicing doctor, said the legislature doesn’t have the right to intrude on a doctor’s relationship with his patients by dictating what the doctor must say. Another doctor, Sen. Bill Purcell, talked about watching young women patients die from amateur abortions in the days before they were legal and accessible.

Posted by J.W. Williamson at 6/16/2011 03:03:00 PM
Email ThisBlogThis!Share to TwitterShare to FacebookShare to Pinterest
Labels: abortion rights, religion and politics

Talk about your intrusive nanny-state government! And it's a self-righteous mean nanny-state too! How in the h*** does this fit the conservative ideology of small government and less regulation?

"Conservative ideolgy of small government and less regulation" is a myth. Sorta like "Compassionate conservative."