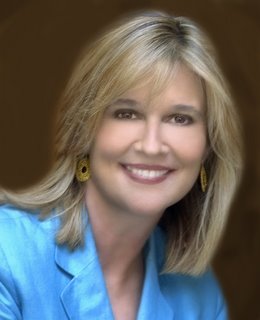 Oh no she dent!

Conservative columnist Kathleen Parker, most famous recently for calling on Sarah Palin to step down as John McCain's running mate because she is, you know, dumb as laundry detergent, has ripped the sheet again, this time with the mullahs of the Religious Right. It's one thing for a pinko-commie like WataugaWatch to complain about the Religious Right. It's wholly another thing when the author of "Save the Males" unsheaths her sword against The Righteous.

In the column making the rounds on the InnerTubes today, Parker opines that "the evangelical, right-wing, oogedy-boogedy branch of the GOP is what ails the erstwhile conservative party and will continue to afflict and marginalize its constituents if reckoning doesn't soon cometh."

"Armband religion." Brilliant turn of phrase that, which pretty much sums up our own feelings about the underlying hypocrisy of most pharisaical displays of religiosity that we've been treated to since The Littlest Angel said God wanted him to be president.

Parker doesn't miss the significance that now Sarah Palin has snatched the anointing oil for herself, promising to plow on through any door that God obligingly opens up. Saith the Parker, "Let's do pray that God shows Alaska's governor the door."

We'd hate to be Parker's InnerTube provider for the next few days.
Posted by J.W. Williamson at 11/19/2008 03:18:00 PM
Email ThisBlogThis!Share to TwitterShare to FacebookShare to Pinterest
Labels: Kathleen Parker, religion and politics, Sarah Palin