Analysis of What Went Wrong with Conservatism 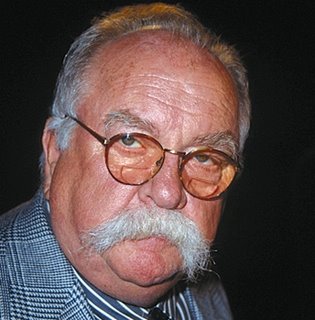 Conservatives have been "cocooning," that's what. Encasing themselves in their own aromas of righteousness and letting nary a stray thought intrude into their crystalline palace.

Well, we got a glimpse of what was gestating inside that cocoon, and it wasn't a thousand years of Republican rule, charted by Karl Rove. Instead, out stepped something supposedly blessed by Saint Ronnie but looking a lot like Wilfred Brimley and sounding suspiciously like Jerry Falwell come again. Despite what happens in November, there's likely a revolution coming among conservatives, despite what the remnants of the Republican Party decide to do.

That's some of the insight offered by this profile piece and by Ed Cone's interview with Jon Henke, one of the founding bloggers of "The Next Right."

Common to both pieces is the largely unrecognized arrival on the cusp of power of the new libertarians, the younger "conservatives" who have no particular use for the old face of conservativism, the anti-abortion and anti-gay crusaders (nor do they have all that much tolerance for marijuana laws) and who particularly abhor the expansionist militarism of the neo-con wing of Republicanism.

Now if they can just figure out where to bury all the victims of laissez-faire economics, without drawing undue attention, they'll be on their way!
Posted by J.W. Williamson at 7/21/2008 12:51:00 PM
Email ThisBlogThis!Share to TwitterShare to FacebookShare to Pinterest
Labels: Ed Cone, Jon Henke, libertarianism, National Republican Party