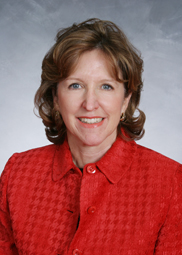 Public Policy Polling did a quickie, matching up Liddy Dole against newly announced Democratic challenger Jim Neal. No surprise, Neal polls in the low 30s. We're actually surprised he shows as well as that, given that only 32 political activists across the state even know he's in the race (plus the billions who read this blog!)

More significant than Neal's numbers are Liddy's ... she's stuck at 47% ... not a good sign for an incumbent.

In the meantime, state Senator Kay Hagen of Greensboro (pictured), who had earlier considered the race against Dole and passed it up, may now be back in play, thanks to the ministrations of Sen. Chuck Schumer, chair of the Democratic Senatorial Campaign Committee. Schumer seems to have gotten the shakes over the Neal candidacy (queer fear?), and according to Gary Pearce, he's putting the moves on Hagen, a potential candidate whom he cold-shouldered previously.

Maybe Hagen would be a better candidate than Neal. We don't know. We DO know that we don't necessarily relish having a New Yawker trying to dictate things all the way down here in Lubberland.
Posted by J.W. Williamson at 10/24/2007 12:34:00 PM
Email ThisBlogThis!Share to TwitterShare to FacebookShare to Pinterest