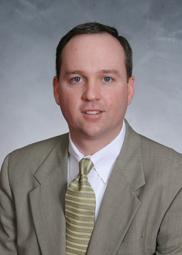 Maybe it's the end of the world. The Republican representing Buncombe County in the N.C. General Assembly says he actually believes in global warming.

Rep. Charles Thomas was appointed to the state legislature's Commission on Global Climate Change, and while his fellow Republican on the commission, Rep. Robert Pittenger, pounds the table and preaches the right-wing gospel that global warming is a hoax (or "myth"), Rep. Thomas is actually looking at how the development of alternative energies could be a growth industry for the future of western N.C.

If one or two members of the Republican House in N.C. are turning environmental, we guess a primary challenge against Mr. Thomas, funded by the John William Pope Foundation, can't be far in the future.
Posted by J.W. Williamson at 10/25/2007 11:30:00 AM
Email ThisBlogThis!Share to TwitterShare to FacebookShare to Pinterest