Denial Is Also a River in Egypt 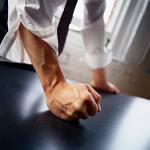 In yesterday's Watauga Democrat, in a guest column not included in the on-line edition (so far as we could find), Mary Ruth McRae, a 28-year veteran of the Boone Area Planning Commission (and incidentally a faculty member at ASU), takes the Appalachian State University Board of Trustees to task for the full-page (color) ad the trustees ran multiple times in local papers just prior to the Boone Town Council elections: Ms. McRae:

If lawyering were involved.

That was sly, since, yes, lawyering was involved in that particular ad. Its chief architect is not only a lawyer but also chair of the ASU Board of Trustees.

At a meeting of the ASU Faculty Senate on Monday, Oct. 8th, that lawyer was asked why the university, through its Board of Trustees, would get so nakedly involved in a political campaign. Some of the faculty senators thought such political involvement was out of line. Some thought it was unseemly.

But the lawyer denied that any political motivations were involved, an answer that was not widely believed by that particular jury.

Mary Ruth McRae calls the ad "table-pounding." We don't know what to call the denial.
Posted by J.W. Williamson at 10/18/2007 08:38:00 AM
Email ThisBlogThis!Share to TwitterShare to FacebookShare to Pinterest