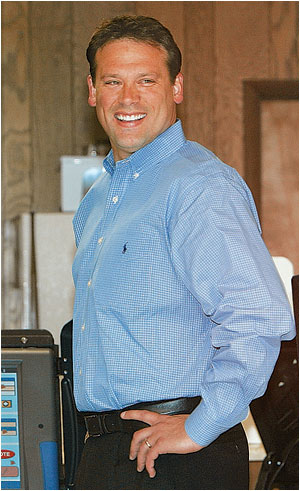 The Coiffed One did not raise his hand with Huckabee, Tancredo, and Brownback last Thursday night, to signify that he doesn't believe in evolution.

Since then he's evolved. Now he apparently believes in BOTH. (Or neither. Really depends on who's asking.)

Here's a guy who wants to be president who picks his beliefs like he picks his ties ... whatever will go best with the audience he's trying to convince (and, of course, reflect the love light in his eyes).
Posted by J.W. Williamson at 5/08/2007 08:38:00 AM
Email ThisBlogThis!Share to TwitterShare to FacebookShare to Pinterest